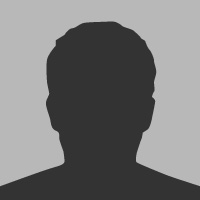 I spend the majority of my time on a computer using Vim in one form or another. The most frequent criticism of this that I’ve heard is something to effect of: “There’s no autocomplete/error-checking/smart-refactoring/something else in Vim! How can you program like this?!”

Although this isn’t technically true (the built-in autocomplete features are actually pretty good), it’s a decent point. Autocomplete and its intelligent cousins, broadly referred to as “intellisense”, are useful tools. Unfortunately, the process of setting up and properly configuring plugins for these features can be a daunting task. I’ve tried many times to do so; YCM comes to mind. However, I ultimately remove them out of frustration or dissatisfaction and return to the ever-faithful supertab, which is a text-based autocomplete plugin that is mildly smarter than the built-in ones. I would lying if I said that I didn’t miss these features, though.

Microsoft to the rescue with Language Servers

Recently, I’ve been hearing a lot of praise for VSCode, a new(ish) editor from Microsoft. It seems that the secret sauce of VSCode is the Language Server Protocol (LSP), which is a standardized protocol introduced by Microsoft for communication between an editor and something called a Language Server. From the LSP webpage:

A Language Server is meant to provide the language-specific smarts and communicate with development tools over a protocol that enables inter-process communication.

It’s basically an interface layer between an editor and a language. Instead of the editor directly calling python or clang to analyze the code, it makes a request to a Language Server to provide the information needed to support the smart feature.

This sounded great to me, so I decided to dive back into the wild world of Vim plugins and configurations to integrate this into my workflow. My goals were:

After some preliminary research, it seemed that coc.nvim was far and away the best LSP-compliant plugin for Vim. Other popular alternatives were LanguageClient-neovim and vim-lsp, but I settled on coc.nvim because i.) it is extremely popular and ii.) the maintainers are unbelievably active. These are very promising signs for the future of an open-source project. It seems that others have success with other plugins, so by all means try these out for yourself.

Setting up Vim with Language Servers

I was pleasantly surprised by how painless this was to setup. First, coc.nvim runs on nodejs, so I need to install it along with yarn:

Next, I have to install the Language Servers themselves. I using Language Servers here that are easy to install, rather than the “best.” For Python, I’m using Palantir’s version, but Microsoft seems to have their own. I also need pyflakes for linting (you can choose your favorite linter later):

Setting up Latex is a bit more involved. There seemed to be two dominant Language Servers, texlab and digestif. It wasn’t immediately clear which option was better; both seemed about equally active, both supported most features I cared about, and both were implemented in languages that I had no experience in (Rust and Lua, respectively). I somewhat randomly picked texlab, which means that I need to install Rust, Latex and texlab:

Next, I need to add the coc extensions for each language server I will use. This can be done either by typing :CocInstall <coc-extension> from within Vim, or by specifying the coc_global_extensions variable in your .vimrc. I’ve installed a few extras to provide extra code snippet functionality and json parsing:

The final step is writing the coc-settings.json configuration file. This file should live in the ~/.vim directory and contain a single JSON dictionary, with a key languageserver, whose value contains the configuration required for each Language Server. The coc.nvim Github page has a list of sample entries for some popular languages, which I shamelessly copied to build my own configuration file. For Python, I was able to copy the entry as is. For Latex, I needed to change the command field to point to texlab’s location. Miraculously, C++ needed no configuration, which made me unreasonably happy. My simple coc-settings.json is available here in case the formatting is unclear.

After setting up my Language Servers and playing around with my autocomplete, I noticed a several drawbacks of coc.nvim:

There must be a better way to deal with this.

Fortunately, there’s a somewhat simple solution to my primary complaints. I don’t need these Language Servers at all times on my main machine, only when I’m programming. Usually, supertab is sufficient (if not overkill) to edit anything else. This means that I can put my code complete tools in the environment where I’m actually using them: inside of a project-specific Docker container. This sandboxes the required dependencies and, as a bonus, automates the configuration of the Language Servers.

This requires bash scripting my Vim installation, building and installing the Language Servers, and installing other Vim plugins. Since I have already started automating my development environment, I can reuse these scripts and dotfiles inside the Dockerfile without changes. Here’s a trimmed Dockerfile for a sample C++ project whose dependencies are first configured in project-dependencies, which is then extended with Vim and clangd:

I also tweaked my .vimrc plugin list to check for the VIM_DEV environment variable before loading coc.nvim:

Here’s another Dockerfile to work on a general Latex project, with texlab and all of its dependencies:

Once we have these Dockerfiles, we can build images and create a container in the usual fashion: below is an example with the Latex + texlab Dockerfile above. Note that here we mounting the local directory as a volume so that we can edit the code on the host machine from inside the container (and vice versa).

… and verify that we have code complete features working when we edit a tex file. We can even compile the tex file inside the container and the pdf along with the build artifacts will appear on the host machine (no X11 forwarding required). Not only is this workflow is reproducible with a two commands, but it leaves the host machine free of dependencies once you are finished.

I’m fairly happy with Language Servers and coc.nvim so far. They finally are providing the level of quality that many plugins have promised before but failed to deliver on.

The only thing that I can imagine that would improve the situation is the ability to “concatenate” prebuilt Docker images. The project-dependencies image is likely built during development, during continuous integration or pulled from Docker Hub (or both). In an ideal world, one could prebuild project-dependencies and a vim-clangd image above, pull them from Docker Hub and add the layers from one image to another. This would require much less time and computation. However, this seems to be a Pandora’s Box due to the generality of containers and appears to be a hot-button issue. For now, I’ll settle for maximizing code reuse via bash scripts, concatenating Dockerfiles, and taking a coffee break.